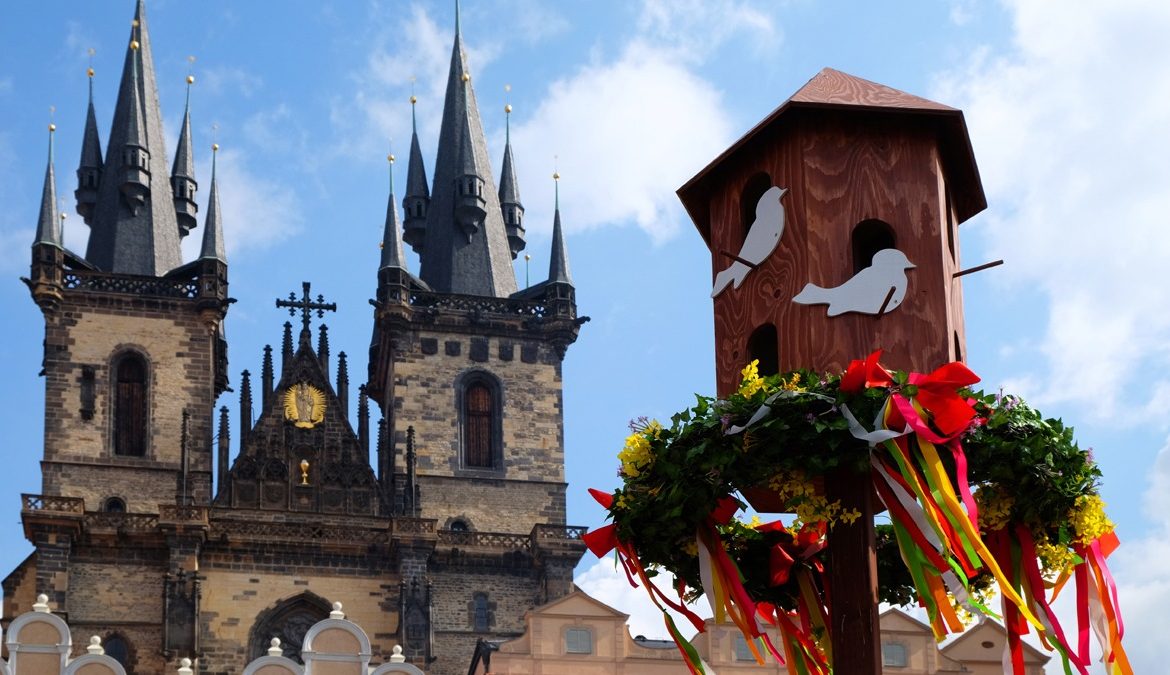 With a colourful calendar packed with festivals and attractions, the bohemian Czech capital welcomes the season with a number of exciting events in Prague!

Despite being rich in tradition and history, Prague is also considered the centre for European culture and innovation. From the increasingly popular annual Czech Beer Festival, to the quirky celebrations such as the Witches’ Night, all the way to pop culture vents such as Febiofest and the Fringe Festival, the city’s spring calendar is bursting with ideas of what to enjoy during your stay. Here’s a handy guide to our favourite events in Prague this spring.

Febiofest is one of the largest film festivals in all of the Czech Republic, and represents an international celebration of ‘all things film’. The festival is held at the Cinestar Andel movie theatre and will showcase the best films of 2016, as well as various tributes, retrospectives, premiers, and a number of projects by promising new filmmakers. The festival is open to enthusiasts of all ages, including children, and will feature a Febiofest Junior section aimed at the younger generation of film fans.

One could say what Christmas markets are to Germany, Easter markets are to Prague, and needless to say; they’re very good at them. Every year, the Old Town Square and Wenceslas Square are taken over by hundreds of stands and vendors offering local delicacies such as barbequed sausage (klobása), mulled wine, the finest Czech beers, and most importantly – a myriad of Easter-themed souvenirs. Some of the most popular trinkets include brightly decorated hard-boiled eggs, which are often customised with names or traditional sayings. If you’re planning on picking one up, don’t forget the bubble wrap!

Pálení carodejnic, or Witches’ Night is one of Prague’s most bizarre customs that’s held once a year. Dating back centuries, this festival-of-sorts is a pagan celebration concerned with burning witches. Visitors are welcome to line up along the streets and watch the parade as it travels along the city all the way to a large bonfire on Kampa Island. Here, a number of straw witches are symbolically set alight while merrymakers eat hotdogs and watch the figures go up in flames. In theory all of this might sound a little macabre, but it’s actually a celebration that bids farewell to the winter spirits.

Deemed one of the most important cultural events in Prague each year, this exciting music festival is not only followed keenly by locals, but also visited by a large number of enthusiasts from around the world. Celebrating its 72nd anniversary this year, the Prague Spring International Music Festival will bring together orchestras, classic musicians, and conductors, to perform throughout a number of historic theatres, buildings and churches across the city. The event kicks off with an opening concert by internationally renowned Wiener Philharmoniker and conducted by Daniel Barenboim.

Ever since its debut over a decade ago, the Prague Food Festival has left its mark and is today considered one of the most prestigious gastronomic events in the city. Homed within the stunning Royal Gardens within Prague Castle, foodies are able to sample a vast array of international drinks and delicacies. This year’s event will focus on the element of Baroque, bringing together the city’s architecture and impressive views, along with a number of spectacular dishes inspired by the same period.

Taking the lead from its elder sibling in Edinburgh, the Prague Fringe Festival has been described as a melting pot for theatrical talent. Festivalgoers may look forward to a number of performances that will range from musicals to comedy, and back to abstract theatre productions and beyond.

We use cookies on our website to give you the most relevant experience by remembering your preferences and repeat visits. By clicking “Accept”, you consent to the use of ALL the cookies. However you may visit Cookie Settings to provide a controlled consent.
Cookie settingsACCEPT
Manage consent

This website uses cookies to improve your experience while you navigate through the website. Out of these cookies, the cookies that are categorized as necessary are stored on your browser as they are essential for the working of basic functionalities of the website. We also use third-party cookies that help us analyze and understand how you use this website. These cookies will be stored in your browser only with your consent. You also have the option to opt-out of these cookies. But opting out of some of these cookies may have an effect on your browsing experience.
Necessary Always Enabled
Necessary cookies are absolutely essential for the website to function properly. These cookies ensure basic functionalities and security features of the website, anonymously.
Functional
Functional cookies help to perform certain functionalities like sharing the content of the website on social media platforms, collect feedbacks, and other third-party features.
Performance
Performance cookies are used to understand and analyze the key performance indexes of the website which helps in delivering a better user experience for the visitors.
Analytics
Analytical cookies are used to understand how visitors interact with the website. These cookies help provide information on metrics the number of visitors, bounce rate, traffic source, etc.
Advertisement
Advertisement cookies are used to provide visitors with relevant ads and marketing campaigns. These cookies track visitors across websites and collect information to provide customized ads.
Save & Accept
Powered by